I first read this book aged 11 or 12, when it left me with an odd fascination for hollow ways and green lanes in the English landscape – picked up by others, including Hugh Thompson Green Road into the Trees, but more particularly Robert Macfarlane and his wonderful The Old Ways.  However, my schoolboy memory was also for a great adventure.  When this special reprinting in hardback by Mr B’s appeared (http://www.mrbsemporium.com/), how could we not get it?!  We are now the proud possessors of copy number 41 of a limited edition of 500. The Introduction is by Robert Macfarlane himself and describes a trip with Roger Deakin (Wildwood) to Dorset looking for the possible site in Rogue Male {just found Holloway (2013) describing that trip and more is out}!

On a second reading, Rogue Male turned out to be a wonderful chameleon of a book.  OK it is a man’s book, but it has achieved something that is only rarely done – it is a boy’s adventure, an adult thriller, a spy story published on the eve of the Second World War in 1939, a nature study with insight into animal and human behaviour - all at the same time and in a relatively short book.  Cleverly, the writing uses described memory flashback, so that as the book proceeds, we learn more and more of the subject.  Written in the first person, the man who first lines up a foreign leader (clearly Hitler) in the crosshairs of his telescopic sight is an enigma.  We learn of his capture, suffering, escape to England, only to find his pursuers are close behind, notably the nasty but clever Quive-Smith. So to Dorset and old stamping grounds for me, as we head for a hidden holloway and an excavation to hide in, where Asmodeus the cat follows proceedings.  Ultimately, there is escape after an unwelcome end to the cat and fittingly Quive-Smith, with honour maintained in extremis, sadness for a lost love, before setting off for a final task.  A rare book indeed. 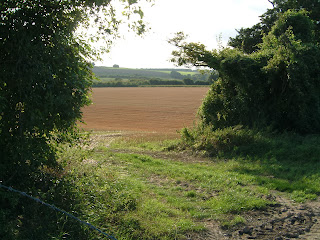 This a cracking read and a wonderfully full and complex story woven about Jun Do, the main character, and his life in North Korea.  It is a story about sacrifice, but it is a wonderful tale.  The environments and the lives may be bleak, in this totalitarian state, but they are human and carefully brought to life.  Starting as an orphan, he knows he is treated badly by the orphan master, but only because he is special.  He is clever, so he is trained in the army, and goes to work in the tunnels under the DMZ into South Korea.  He becomes at home and can fight in the dark.  Described only in snippets through the story, he undergoes pain training and learns to take terrible punishments.  He is bright and is selected to join a team of kidnappers, pinching people from Japan and South Korea, often for people with specific talents needed by the Pyonyang elite.  He learns foreign languages, especially Japanese and English.  Thus, he is sent to sea on a fishing trawler, where he listens to the radio traffic at night – including two American women rowing across the Pacific – and what turns out to be the International Space Station, where surprisingly Americans and Russians work and joke together.  How could that be possible?  Shortly after a run in with the US Navy, he fakes a terrible shark bite on his arm, to protect the trawler crew from summary posting to mining camps.  His language skills get him on a trip to Texas, where the “Minister” is a driver, the minder is the Minister and Jun Do as translator is mistaken by the US security as General Ga, the highest general in North Korea.  Treating his shark wounds, he is befriended.  Back home, Jun Do is sent to a prison mining camp, where it turns out the real General Ga is in charge of finding uranium for the state.  The characters Jun Do meets and the trying circumstances are very real.  When General Ga, a sadist, comes to visit, he sets about Jun Do underground.  However, Jun Do breaks the light, darkness is his friend and he gets rid of Ga and takes his place.  He escapes to Puyonyang and is slowly accepted by Ga’s wife Sun Moon and their two children.  Against a backdrop of bizarre brainwashing behaviour and grand designs to impress foreigners, escape to the US, torture and sacrifice complete this wonderful book - but for whom, you ask?  You will have to read it to find out. 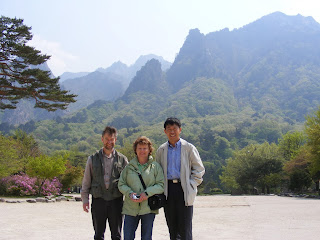 With Do-Soon Kim on the east side of S Korea, after visiting Jeju Island (2008) 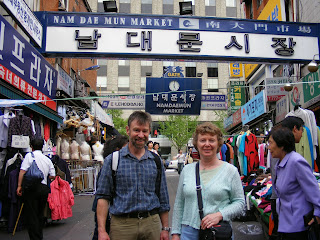